SPRUCE GROVE - Many of the top 2003-born male hockey players from around the province have converged on Spruce Grove this week for the 2018 Alberta Cup.

The teams will play in a four-day, tournament-format competition. The event also features an education seminar hosted by the Western Hockey League (WHL).

Full tournament results will be displayed on the score ticker at the top of both hockeyalberta.ca and abcup.ca. Schedules, stats and standings can also be found at abcup.ca. You can also follow along with the action on Twitter.

The Alberta Cup is the premier event in the province that helps identify the top male players in Alberta. It is well attended by scouts as they prepare for the Western Hockey League’s bantam draft. In addition to player evaluations, the competition is also an opportunity for administrators, coaches, trainers and referees to be evaluated for future positions with the Team Alberta Program.

Drew Sim stopped 25 shots to earn his second-straight shutout, leading Central to a 2-0 win over Edmonton Yellow to avenge an 8-3 loss during round-robin play. 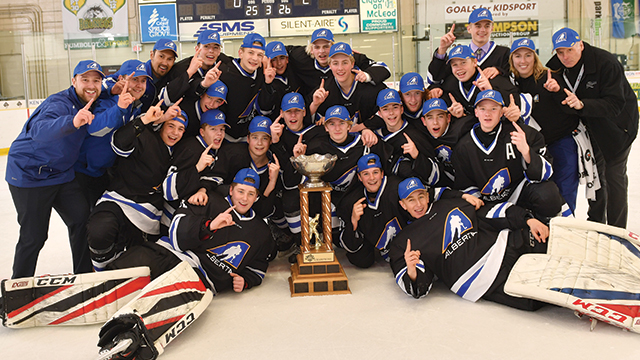 Calgary South claimed bronze with a 2-1 overtime win over Edmonton Blue in the B Final. Earlier in the day, South defeated Calgary North 9-3 in the C Final, while Northwest scored with less than a minute left in overtime to beat Northeast 3-2 in the D Final. 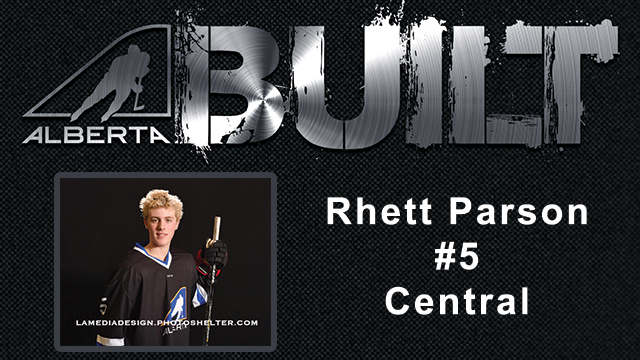 SPRUCE GROVE - Hockey Alberta is pleased to announce the 2018 Alberta Cup All-Stars, and the 2018 All-Star Official.

The tournament All-Stars and All-Star Official were announced Saturday night at the Alberta Cup banquet at Heritage Park in Spruce Grove. All-Stars were voted on by Alberta Cup team staff. 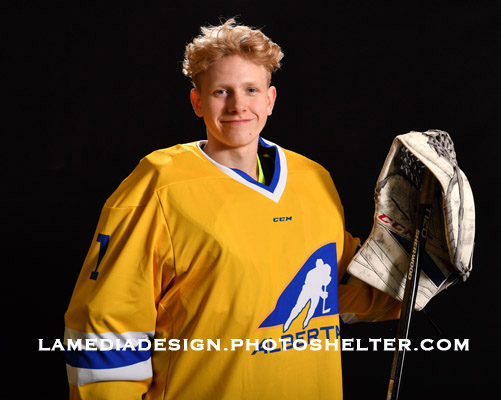 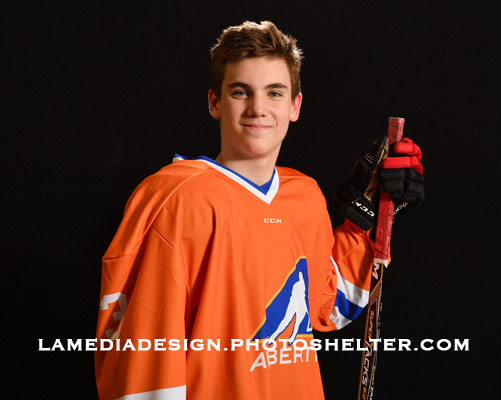 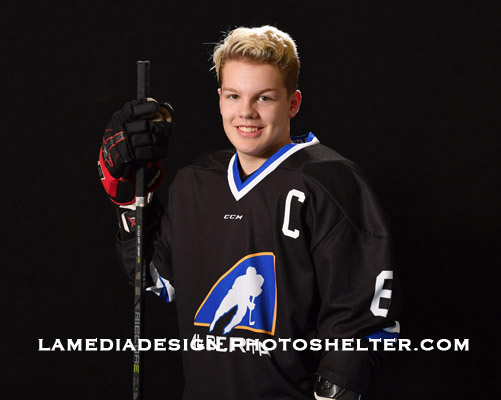 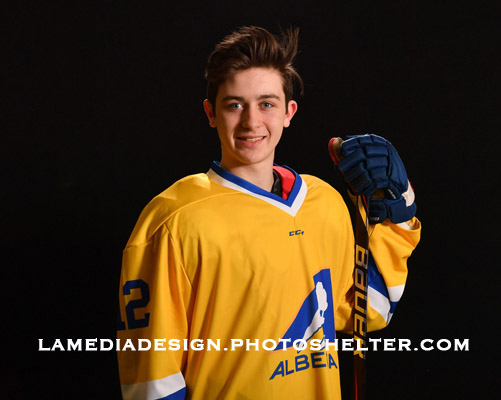 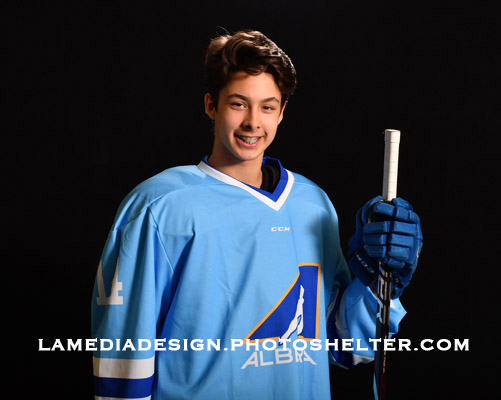 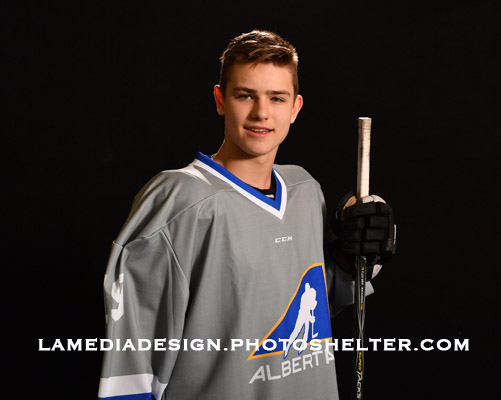 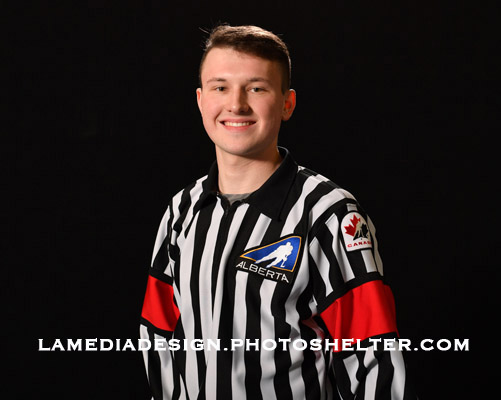 “It was pretty amazing, nothing can beat it,” St. Albert Slash captain Tyra Meropoulis, of Edson, said of her feelings after the game. “Winning two in a row is unbelievable. It is such an amazing feeling.”

After suffering a 4-1 loss to the Stars in the preliminary round, the Slash rebounded in the championship game by opening the scoring with just under three minutes remaining in the first period. Late-period goals were the key to the team’s success, as St. Albert took a 2-0 lead with less than one minute remaining in the second period. The Stars cut the deficit in half 47 seconds into the third period, but could not find the back of net as time expired.

“[St. Albert] did a great job. An absolutely great job,” said Greg Slobodzian, head coach of the Saskatoon Stars. “We haven’t been pressured like that in a long time. Our girls didn’t know how to handle it at the beginning, but I thought we answered really well in the third period. It could have went either way."

Goaltender Camryn Drever of Edmonton made 14 saves on her way to securing the win, while Mackenzie Butz of Sherwood Park earned player of the game honours for St. Albert.

SPRUCE GROVE - The final match-ups are set, and Edmonton Yellow and Central will go head-to-head in the 2018 Alberta Cup final on Sunday.

Earlier in the day, Calgary North and South secured spots in the C Final, while Northeast and Northwest will square off in the D Final. 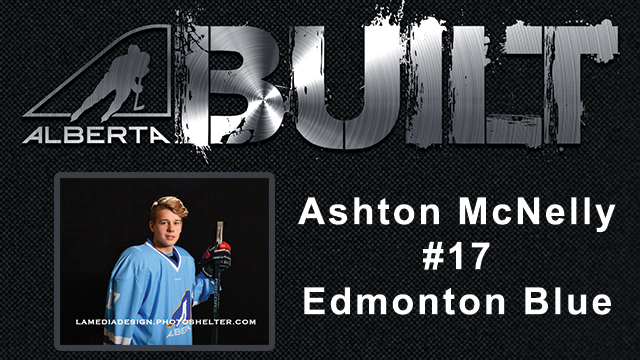 SPRUCE GROVE - With both of their brothers taking part in the 2018 Alberta Cup, former Team Alberta forwards Peyton Krebs and Kirby Dach took in the action in Spruce Grove, and reflected on their time at the 2016 Alberta Cup, and their journey through the Team Alberta program.

Krebs suited up for Team South at the 2016 Alberta Cup, while Dach played for Edmonton Yellow. Both players were chosen in the WHL Draft the following week, Krebs first overall by the Kootenay Ice, and Dach second overall by the Saskatoon Blades. Krebs and Dach also played together for Team Alberta that year, winning the 2016 WHL Cup.

SPRUCE GROVE - After another busy day of hockey at the 2018 Alberta Cup, round-robin play wrapped-up, and the standings are now set heading into Saturday.

After going undefeated (3-0-0) through round-robin play, Edmonton Yellow locked up first in Pool A. Central claimed the other semi-final spot, finishing 2-1, while Calgary North and Northwest finished third and fourth, respectively.

With a win and a loss on Friday, Calgary South finished at the top of Pool B. Edmonton Blue and South tied their final round-robin game to each finish 1-1-1, but Edmonton Blue clinched second place in Pool B by virtue of a tie-breaker, with Northeast coming in fourth.

Saturday kicks off with Northeast and Calgary North playing in the first C/D Semi-Final at 9:00 a.m., and Northwest and South in the other at 9:30 a.m. Calgary South and Central battle in Semi-Final One at 11:45 a.m., and Day Three closes out with the other Semi-Final game between Edmonton Yellow and Edmonton Blue at 2:15 p.m. 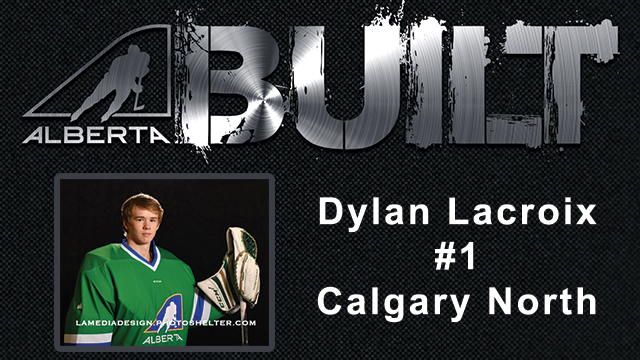 Edmonton Yellow won the game 8-3 and finished round-robin play 3-0 to clinch first place in Pool A.

Members of Edmonton Yellow and Northwest pay tribute to all those affected by the Humboldt Broncos tragedy. (Photo credit: LA Media)

SPRUCE GROVE - After a busy first day of the 2018 Alberta Cup in Spruce Grove, Edmonton Yellow and Central came away with two wins, while Edmonton Blue and Calgary South won their only games of the day.

In Pool A, both Edmonton Yellow and Central defeated Northwest and Calgary North, while Edmonton Blue and Calgary South won their games over Northeast and South, respectively. 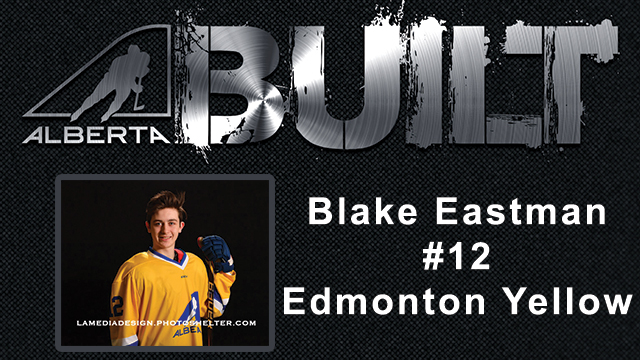 Spruce Grove natives Evan Forrest, Reid Schaefer and Jack Parker, along with Stony Plain’s Michael Lovsin, are all relishing the chance to play against some of the province’s top players in front of their home town crowd.

RED DEER - Orest Korbutt, a Life Member of Hockey Alberta, died on Friday, April 20 at the age of 81.

Orest had a long history of volunteer service to amateur hockey in Alberta, across Canada, and around the world. He served as the President of the Alberta Amateur Hockey Association (Hockey Alberta) for six years, from 1980-1986. During his time as President, he established the Alberta Hockey Hall of Fame, a Scholarship program, and an Endowment Fund.

At the national level, Orest served six years on the Board of Directors with the Canadian Amateur Hockey Association and was instrumental in establishing the national medical and liability insurance program. Internationally, Orest was actively involved in exchange programs with the Japanese and Chinese Ice Hockey Federations that lasted for more than three decades.

At the local level in Edmonton with the Knights of Columbus association, he was instrumental in the purchase of their twin ice pad and helped oversee operations of the arena complex.

A Celebration of Life will be held on Thursday, April 26 at 2 p.m. at Connelly-McKinley Funeral Home, 10011-114 Street NW, Edmonton, AB. In lieu of flowers, donations may be made in Orest’s memory to Edmonton Sports Central.

RED DEER - Alberta is well-represented on the National stage this week, as the St. Albert Slash and Lethbridge Midget AAA Hurricanes compete in the Esso Cup and Telus Cup, respectively.

The St. Albert Slash (Midget Female AAA) of the Alberta Female Hockey League are representing the Pacific region at the tournament for the second straight year, and are the reigning Esso Cup champions.

The Slash kick off their tournament Sunday afternoon at 12:30 against the PionniÃ¨res de LanaudiÃ¨re in Bridgewater, N.S.

The Lethbridge Midget AAA Hurricanes kick off their quest for the Telus Cup Monday at 5:00 p.m. against host Sudbury Nickel Capital Wolves .

The Hurricanes earned the right to represent the Pacific Regional after defeating the Fraser Valley Thunderbirds in two straight games earlier this month.

Four awards are handed out in each league: Most Valuable Player, Top Goaltender, Top Rookie, and Coach of the Year. One award is also given for the AFHL Administrator of the Year.

Administrator of the Year

The Alberta Female Hockey League annually presents four scholarships; two to graduating players from the AFHL as well as two to young women currently attending post secondary and who are giving back to the game through coaching or officiating. All of these scholarships will be awarded to help off-set the costs of pursuing a post secondary degree at the institution of their choice.

The AFHL received an overwhelming response to the scholarship fund and recipients were chosen from an extremely deep pool of applicants. Finalists were chosen based on their strong academics, positive contribution to their team as well as their involvement with their community.

Congratulations to all AFHL Award winners and scholarship recipients!

Coach of the Month - March

RED DEER - Hockey Alberta’s Coach of the Month for March is Kyle Johnson of Clive.

Kyle is currently the Head Coach of the Clive Initiation Blackhawks.

"This was actually my first year as a head coach," said Kyle. "Helping these kids develop a love for the game of hockey and contributing to their development is something I take very seriously. I had an awesome group of assistant coaches helping and our team did very well this season. It is an amazing gesture to be nominated for this type of award and I am very thankful."

"Kyle is all about the kids! What a great guy to have mentoring our Initiation aged kids," said the parent who nominated Kyle. "He makes a point of connecting with each child before a game or practice, and let’s them know that he’s so happy they’re there and he wishes them a great practice or game. His positivity radiates, and the kids just beam when he’s on the ice with them. He’s wonderful about making practices fun, but also explains to them the importance of the skills that they’re building. Fun is the top priority, but Kyle has worked hard to come up with practice plans that promote skill growth and fun. The kids are being equipped with the skills to move forward in a positive growth mindset, and having fun doing it. After each game Kyle will point out something that each child has done well, and shows the team how to celebrate each other’s successes and how together that adds up to the team having success as a group. Every child gets the same opportunity with Kyle, and he’s so proud of his little group and what they’ve achieved this season."

Hockey Alberta’s Coach of the Month award is sponsored by Howies Hockey Tape.

For more details on Hockey Alberta’s Coach of the Month, or to nominate a coach, click here.

A total of 15 Albertans make an appearance on the list, led by Lloydminster’s Ty Smith (Spokane Chiefs, WHL), who comes in at 14.

The full list of Albertans appearing in the NHL Central Scouting midterm rankings can be found below: