Coach of the Year

One award presented annually to a coach who has made an outstanding contribution to amateur hockey during the current season. The recipient will have obtained all necessary certifications, operated his/her team over and above the minimum guidelines and standards set out by Hockey Alberta, provided a fun and safe learning environment for the players, and made an outstanding contribution to the community through the team. 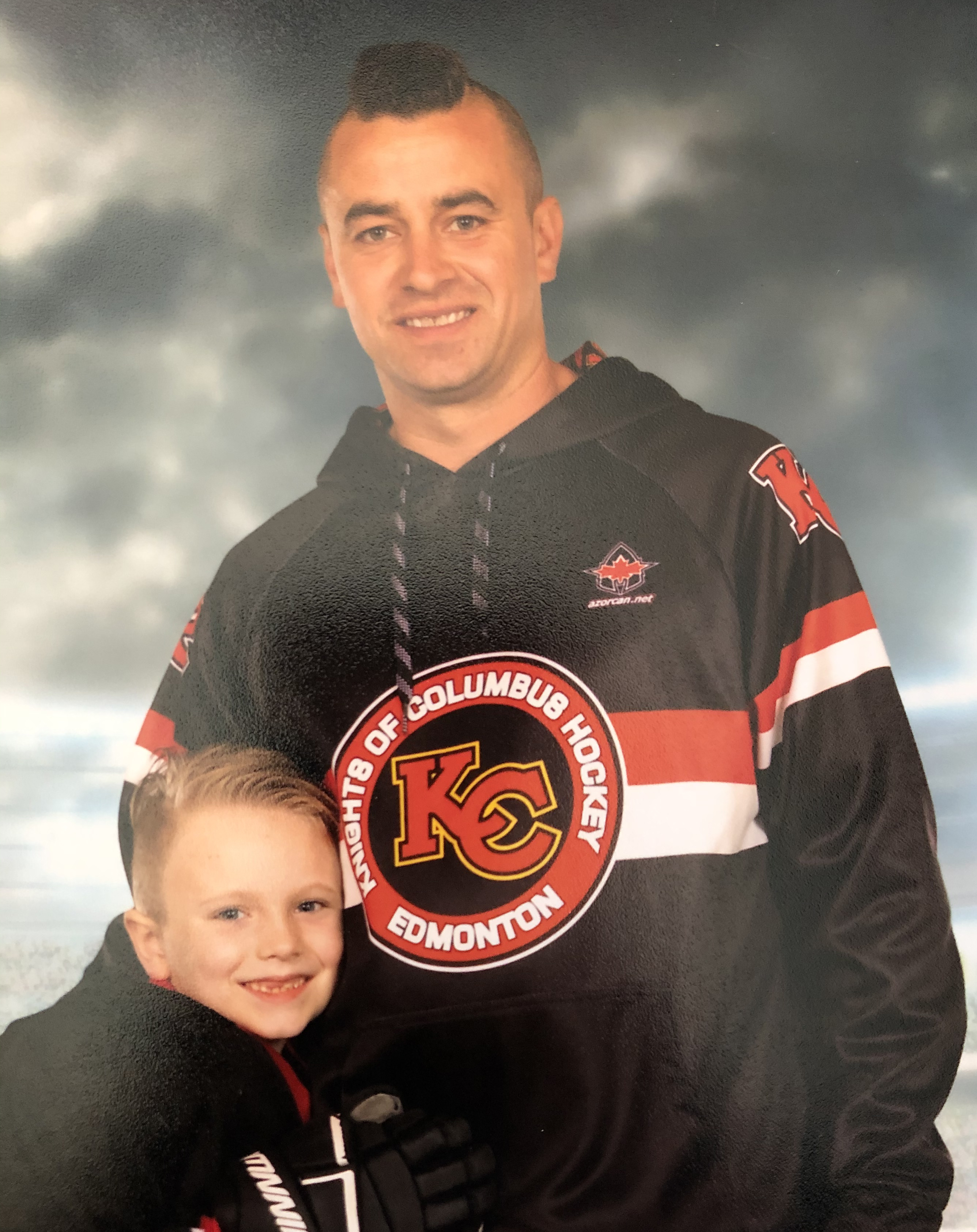 It was a challenging season for the Novice Thunder off the ice, as one of their team members, Nate, died. While Nate was sick, Mike and his wife Kristina encouraged the whole team to come together, including attending the funeral as a team where Mike also spoke.

Mike enjoys building the lasting relationships with the players that are created through coaching. He builds confidence in the athletes and helps them see themselves in a positive light, where every member of the team has value, regardless of strengths and weaknesses. He takes the time to go around the room, and have a brief, personal interaction with each athlete, letting them know they are important to the coach and achieving the team’s common goals.

"Coach Mike has been an amazing coach this entire season. It has been awesome to watch the team’s skills take off. He makes practices so fun that the kids probably don’t even realize the skills that they are learning."
- From his nomination form.

"As Head Coach for the KC St. Matthew Thunder Novice team, Mike Lees went above and beyond what could have been expected. Mike made a difference for every player on this team. He navigated the difficult circumstances this team encountered with class and compassion.”
- KC St. Matthew President Andrew Westervelt

Kent Beagle has worn multiple hats each year - coaching a team, running clinics, and assisting other coaches with practice plans and drills. He has also served on the Rimbey Minor Hockey Board for more than 8 years, as coach liaison, or in player development or manager assistance.

In 2018-19, Kent coached the Rimbey Atom A Tier 3 Red Team. In his nomination, it was noted that it was “an absolute treat to watch the kids and watch how awesome of a coach Kent is, helping kids develop and showing them on the board if they made a mistake or even a positive he would show the kids to help them see it. His countless volunteer work has made our association an awesome one to be a part of and help wherever it is needed."