Hockey Alberta is committed to contributing to the physical, psychological, social and spiritual health of individuals of varying abilities, backgrounds and interests. Hockey Alberta firmly believes that only when sport environments are safe and inclusive can these values be realized. Participants in Hockey Alberta sanctioned programming should have the reasonable expectation that it will be in an environment that is accessible, inclusive and free from all forms of Maltreatment, Bullying and Harassment.

All forms of Maltreatment have been brought under Section 11 of the Hockey Canada Playing Rules.

The purpose of Section 11 is to:

A new national reporting system has been implemented to eradicate discrimination of all forms from the game. The Playing Rules and system includes, but is not limited to, discrimination based on race, ethnic origin, skin colour, religion, age, sexual orientation, gender identity and disability.

Incidents of Maltreatment that occur on or off-ice may be reported. Certain infractions also include an indefinite suspension pending a hearing, as well as mandatory hearings for repeat offenders. Incidents may be reported by the official or through the Independent Safe Sport Complaint Process.

Hockey Alberta is committed to ensuring an investigation of all reports of Maltreatment, Bullying or Harassment involving participants takes place.

Volitional acts that result in harm or the potential for physical or psychological harm. Maltreatment can take many forms, but generally includes any act, lack of an action or deliberate behaviour, by a person(s) in a position of trust that causes physical, emotional and/or sexual harm or damage to another person. Maltreatment also includes child abuse, which can be defined as any form of physical, emotional and/or sexual mistreatment or lack of care which causes physical injury or emotional damage to a child, whether done in person or through technology (including but not limited to computers, the Internet, cell phones, cameras, web cameras and other media).

The combined use of negative aggression and power. It occurs when one or more individuals abuse power and direct verbal, physical or social aggression at another individual. Harm inflicted by Bullying may be physical, psychological, social or educational.

Engaging in a course of vexatious comments or behaviours that are known or ought reasonably to be known to be unwelcome, including but not limited to unwanted behaviour that is based on discrimination prohibited by human rights legislation and includes sexual harassment.

Discriminatory grounds include the following, without limitation:

There is a responsibility to report any discrimination experienced on- or off-the-ice, whether witnessed by a member of the officiating team, or not. If an incident occurs that was not witnessed by an official, it should be reported to the official and the official shall report the individual(s) to the appropriate member of each team’s bench staff. As well, the official shall complete a Game Incident Report, that includes full details and submit it to the Member or League delegate.

Any player, goaltender or team official who engages in verbal taunts, insults, or intimidation based on discriminatory grounds, shall be assessed a Gross Misconduct.

If an incident is not reported to an official, it can be reported using the form above.

Unfortunately, there are times in all sports where behavioral expectations are not met. In the grand scope, these instances are few and far between. However when improper behaviour issues arise the situation must be managed in an appropriate manner that respects the rights of all parties.

Hockey Alberta has created a guide to managing conduct for its members which provides a step by step process on how to effectively manage concerns that are brought forward..

It is Hockey Alberta’s expectation that should a concern be brought forth to the local minor hockey association or club team it will be managed in a manner consistent with the principles outlined in Hockey Alberta’s Conduct Management Guide. The key expectations include:

It is also Hockey Alberta’s expectation that members of a local minor hockey association or club team understand the organization’s policies regarding appropriate behaviour in the organization, the processes that are used to manage concerns, and should a member the be involved in a conduct-related matter that they participate in the process as outlined, including respecting timeliness.

The first step in any concern management process is to address at the team level and it should be done in a timely and respectful manner. Respectful means showing respect when approaching a person regarding a concern and respecting the processes outlined to bring forth concerns, such as using a team liaison and/or a 24-hour rule. Timely means it is brought forth in a time frame that allows the proper management of the concern.

Should you not feel the concern was managed appropriately at the Team level, the next step is to bring it to your organization’s attention through their processes. These processes can vary depending on the size and structure of your local association and can have additional steps within the process so please ensure you are familiar with your organization’s processes. Hockey Alberta expects that all concerns brought forward to an association be managed in an appropriate manner as outlined by Hockey Alberta’s conduct management process.

Grow the Game is a hub of anti-racism resources for the hockey community. This includes videos, publications, and more to understand the impact racism has on hockey and how we can work together to fight it. The Starter Kit includes three short videos and a tab for the Resource Rink that may be used by Members this season.

Respect in sports is important. Young athletes must treat other players, coaches, officials, and spectators with respect at all times. This course is a self-paced learning experience that most participants can complete within 30 minutes. The objective is to help young athletes deepen their understanding of both acceptable and unacceptable attitudes and behaviours, and identify practical ways to support an inclusive, respectful sport environment.

The new Anti-racism in Coaching eLearning module addresses critical and timely issues raised by coaches and sport organizations in Canada. To upskill coaches working with racialized participants, the module will provide historical context about marginalized people in Canada, build awareness of racism in sport, and provide tools for contemporary anti-racist coaching methods – all through a Black, Indigenous and People of Colour (BIPOC) lens.

Participant-centered coaching strategies are an effective way to establish a safe and inclusive sport culture. By placing participants at the centre of the coaching process, coaches can promote growth and athletic development, foster creativity and learning, and protect participants from harm.

Understand the Rule of Two

The goal of the Rule of Two is to ensure all interactions and communications are open, observable and justifiable. It is one of three pillars of the Responsible Coaching Movement, along with background screening and ethics training.

Next Gen Men (NGM) is a Canadian leader in engaging and empowering boys and men on topics like mental health and gender-based violence. This course, Raising Next Gen Men, is for parents, educators, coaches, youth workers, and anyone who understands how much difference one, well-equipped mentor can make in young people’s lives. It will help you understand how boys shape, and are shaped by, a wide array of gender-based cultural norms, by delving into academic research in the field, young masculinity in popular culture, and real stories about boys.

Safety Requires Teamwork & Safety for All > 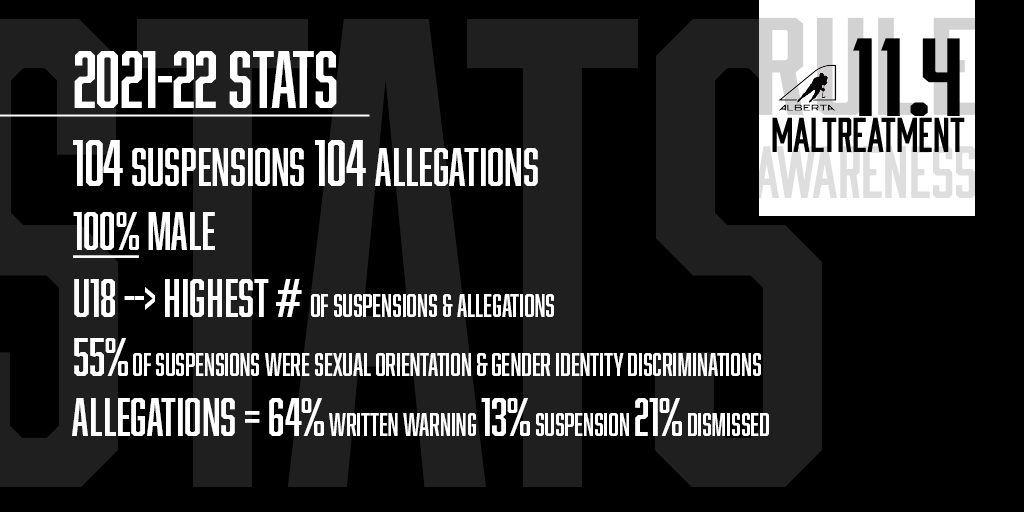