RED DEER - MHAs have just two days left to sign up for Hockey Alberta’s Development Director Seminars, which run across the province this Saturday and Sunday.

As a kickoff to the 2016-2017 hockey season, and a follow up the Development Stream of the 2016 Hockey Conference and AGM, Hockey Alberta will be hosting six Development Director Seminars targeting those that support the development of coaches and players within their respective LMHA. These one day seminars will take place on the weekend of September 10 and 11, focusing on the below topics: 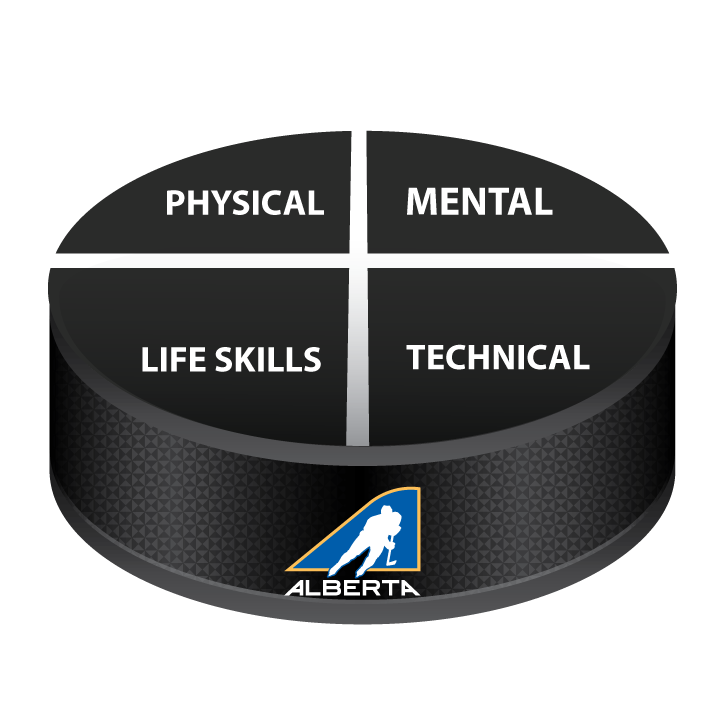 Each seminar will be led by the Hockey Alberta Regional Centre Consultant, providing information and networking opportunities that will support the Development Director positions throughout the province. As Hockey Alberta continues to grow the network and support the development of LMHA’s within Alberta, it is imperative for each association to identify a Development Director who can aid in establishing or refining a coach & player support system. Lunch will be provided and everyone in attendance will receive a registration gift. Hockey Alberta is presenting these seminars free of charge.

Recognize an outstanding coach in your community!

RED DEER - Hockey Alberta is now accepting nominations for Coach of the Month for the 2016-17 minor hockey season!

Coaches are an integral part of minor hockey and their countless hours and dedication provide the opportunity for over 60,000 kids in Alberta to play hockey. Help us recognize a coach in your community by nominating him or her for the Hockey Alberta Coach of the Month!

Nominate a Coach of the Month ›

One coach will be selected each month from September through March and will receive a coaching package valued at over $350.

This package will include:

Get your nominations in early! Coaches not selected each month will be eligible until the end of the season.

RED DEER – Two Alberta on-ice officials will be representing the province and Canada at international events in 2017.

Lawrence, an Edmonton native, has been selected to work at the Division II Group B event of the IIHF U18 World Championship in Mexico City, March 17-19.

Senuk, also from Edmonton, will officiate at the IIHF U18 Women’s World Championship in Prerov and Zlin, Czech Republic, January 7-14.

Hockey Alberta and its Provincial Officials Committee congratulate both officials for having their hard work rewarded with a chance to represent Alberta on the world stage.

Registration is now open for Dodge Caravan Kids for Novice teams across Alberta.

What is Dodge Caravan Kids?

Each year participating Novice-level hockey teams receive $500 in funding and access to exclusive hockey benefits. To-date, Chrysler, JeepÂ®, Dodge, and Ram retailers and FCA Canada Inc. have provided over $6 million to help more than 12,000 teams and 180,000 kids enjoy the game of hockey.

- Canadian novice hockey teams and associations located within 150 kilometres of a Chrysler, Dodge, JeepÂ® and Ram retailer. Visit www.dodge.ca to locate your closest retailer. (NOTE: Atom divisions teams are ONLY eligible in Atlantic Canada.) Exemptions can be made upon request (i.e. in rural areas where car dealerships are not local).

- Teams and associations are eligible to participate regardless of other corporate sponsorships they may have, unless those partnerships are with a competing automaker or their associated retailer

Each team/association enrolled in the Dodge Caravan Kids program will receive:

- $500 in funding. Please contact your local branch/association for further information on funding policies.

- The opportunity to enter the Dodge Caravan Kids photo contest for a chance to win up to $500 in extra funding.

- The opportunity to win a 2017 Chrysler Pacifica and $5,000 for your local minor hockey association.

Registration is available between September 23rd, 2016 and December 1st, 2016

Rule 7.4(b), which pertains to slew footing, contains new language and penalties for this infraction. Rule 7.4(b) now reads:

The rationale for the change is to strengthen player safety and to eliminate injuries, namely to the head, from the resulting fall. We need to eradicate dangerous and unprovoked gestures, such as slew footing, from the game.
All people in the game – including players, coaches, officials and spectators – need to understand the rule and to respect the intent as we move to eliminate slew footing from hockey and strengthen player safety.

There is a video available from Hockey Canada that illustrates what officials are looking for when assessing a penalty for slew footing, which can be viewd below:

Hockey Alberta’s Referee Committee thanks everyone for their support and urges patience with the implementation of this rule as we move into the 2016-17 season.

Should you have questions, contact the Officials Zone Chair in your region, or email Dave Shaw at [email protected].

RED DEER - After a successful program launch in January in Calgary and Edmonton, novice-aged hockey players across Alberta can participate in Lacing Up, an exciting partnership between Hockey Alberta and Respect Group.

Lacing Up is a free, optional, fun, interactive, online, game-based program that helps players aged 6-8 years learn the fundamentals of being a successful, respectful hockey player. Lacing Up focuses on the off-ice skills players need to know to stay healthy, play fair, support their teammates, respect officials, and contribute positively to their team.

The hour-long program features stories, adventures, games, and quizzes “hosted” by five young animated characters and their coach. Topics include:

Up and coming hockey players who are just “lacing up” are encouraged to complete this program with a parent or other adult in the household.

RED DEER - Don’t miss your chance to catch some of the top female hockey players in the country at Canada’s National Women’s Team Fall Festival in Calgary.

The 44 players selected will take to the ice on two teams, Red and White, over the seven-day camp that will feature eight games along with practices at the Markin MacPhail Centre.

Tickets for all games featuring National Women’s Team hopefuls and alumnus will be available for purchase at the door for $5.

The full game schedule can be found below:

These evaluations will assist coaches and scouts in selecting the team that will represent Canada at the 2017 IIHF Women’s World Championship in Plymouth, Mich., March 31 - April 7, 2017.

The new site, afhl.ca, is the official portal for the three divisions of the Alberta Female Hockey League: Midget AAA, Midget Elite, and Bantam Elite.

Some key features of the new AFHL Website include:

- A fully responsive site that automatically adjusts to the size of your screen, including mobile devices and tablets.
- Full schedules for each league, including a link to the Google map location of each rink.
- A score ticker across the top of the page.
- A stats page for both players and goaltenders, updated automatically once a game score is inputted.
- A league message board, so teams can interact with each other throughout the season.
- A Social Media feed allowing you to keep up with the AFHL on Twitter and Facebook.

The main page of the site will also be updated regularly with league news and information.

Schedules have been added for Midget AAA and Bantam Elite, with the Midget Elite schedule to be added once it’s finalized.

The new website was designed by Edmonton’s Pixel Army, who also re-designed hockeyalberta.ca, and created haprovincials.ca and abcup.ca , both of which the AFHL site is modeled from. Pixel Army worked with Hockey Alberta staff to ensure functionality and appearance that meets the needs of the organization, and the entire hockey community across the province.

The Hockey Alberta Foundation’s 2016 Rink to Links program took place at Country Hills Golf Course and Crowfoot Arena in Calgary, giving 25 kids a chance to hit the driving range and ice all in one day.

Each kid also received a full set of hockey equipment, thanks to Comrie’s Sports Equipment Bank in Calgary and United Cycle in Edmonton. A special thanks also goes out to ATB Financial and Hockey Calgary for sponsoring the event.

September 30, 2016 Recognize an outstanding coach in your community!

September 12, 2016 Catch some of Canada’s best at the National Women’s Team Fall Festival