The 2016 Arctic Winter Games ran March 6-11 in Nuuk, Greenland, with the hockey portion of the event played in Iqaluit, Nunavut. Team Alberta North put forth a very impressive showing, with the male squad earning a gold medal, and the females landing silver.

After finishing round-robin play in second place with a 3-1 record, the male squad drew Team Alaska in the semi-finals, who had a matching 3-1 record.

Team Alberta North edged Alaska 3-2 in the early-morning tilt, and moved on to face NWT in the gold medal final.

Despite a furious comeback by NWT, Alberta North managed to weather the storm and hold on for the 5-4 win, sealing the gold medal.

On the female side, Team Alberta North found themselves in a similar matchup against Team Alaska in the semi-finals, and came out on the winning side of a 2-1 score.

In keeping with the trend, it was a Team Alberta North and NWT gold medal final once again, but this time it was NWT who came away with gold after a 5-1 win. 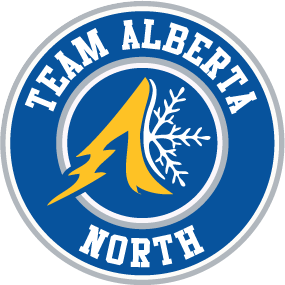