Team of the Year

One award will be presented annually to recognize a Team’s significant achievements, performances and contributions within amateur hockey during the current season. The recipient will have attained high levels of achievement as a Team. Team members will have acted as outstanding role models within their community and displayed leadership qualities focused on growing and developing the game while ensuring a fun and safe learning environment for all players.

Lloydminster Female U13 Blazers. The Blazers were the winners of the 2022 Chevrolet Good Deeds Cup for their plan to make their local arena more accessible. The team also hosted Try Para Hockey event to raise awareness about the sport and the importance of ensuring arenas across the province are accessible for individuals with different kinds of disabilities.

Winning the Chevrolet Good Deeds Cup, the Lloydminster Blazers were able to donate $100,000 to a charity of their choice. The team chose to donate it to Inclusion Lloydminster - a charity that promotes and improves the quality of life for persons with disabilities. 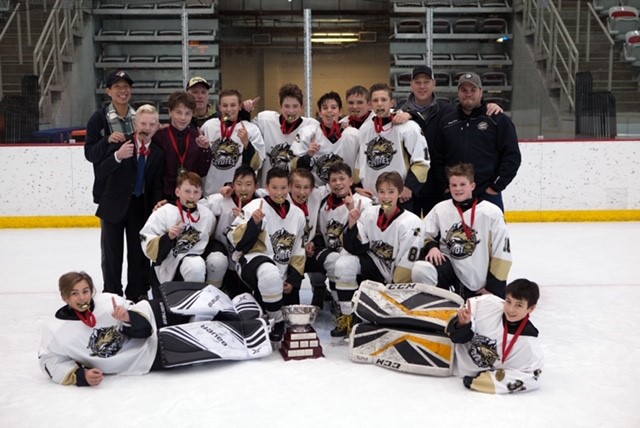 Calgary’s Crowfoot Coyotes Peewee AA team gained national recognition as Alberta’s finalist in the 2020 Chevrolet Good Deeds Cup. As a regional finalist, the team won $2,000 for the charity of their choice - Team Naomi Get Well Now - a program to support children’s cancer research.

The team’s choice of charity was inspired by the cousin of a team member (and niece of the team’s assistant coach and manager) who suffers from pediatric cancer. The team learned that childhood cancer research receives only four cents of every dollar spent and decided that 100 per cent of the funds raised by the team would go to children’s cancer research.

Throughout the year, the Coyotes volunteered within the community on several different causes:

About the Crowfoot Peewee AA Coyotes:

"The goal was to help our community and making it this far in the Chevrolet Good Deeds Cup already makes us feel like winners."