Bob Nicholson, the chief executive officer of the Oilers Entertainment Group, and former president and CEO of Hockey Canada, was a hit as the keynote speaker at the Every Kid Every Community Speaker Series event in Red Deer on May 25.

Nicholson reflected on his more than two decades of involvement with Hockey Canada, during which Canada won 71 medals (44 golds) in international competition. And, in his current capacity with the Oilers Entertainment Group, Nicholson previewed the fabulous new facility that will be opening in downtown Edmonton next season.

More than 250 people were in attendance at the event, held at Westerner Park, which featured a couple of exciting draws. One draw was for a signed Jordan Eberle jersey. The other, which was open to anyone becoming a Teammate in the EKEC Donors Club through a minimum $100 contribution, was an impressive package that included a signed Ryan Nugent-Hopkins jersey, a signed Eberle jersey, a limited edition Farewell Rexall stick, an Oilers’ print, four tickets to an Oilers game (courtesy of Global Well Service), and two box seat tickets (courtesy of the Oilers).

The event was hosted by the Hockey Alberta Foundation in partnership with Hockey Alberta, the Red Deer Chamber of Commerce and the Oilers Entertainment Group. Event sponsors included ATB Financial, and Hockey Edmonton. It is part of the Speaker Series, sponsored by ATB Investor Services, which raises funds to create access to hockey for kids across Alberta. 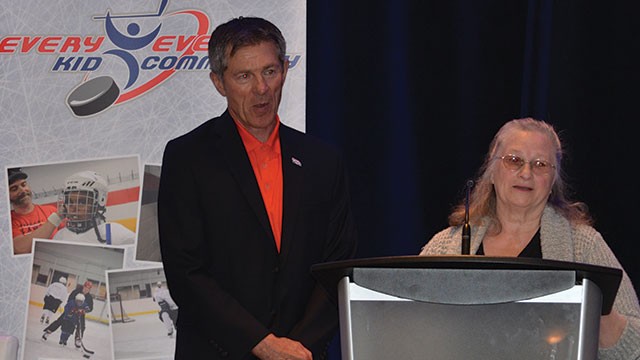 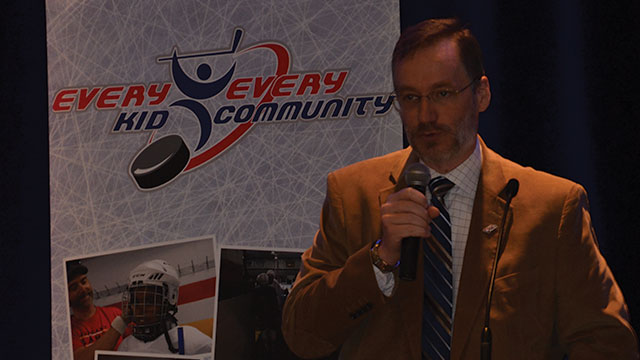 Master of Ceremonies for the afternoon, Rob Kerr, Hockey Alberta Foundation board member,
and on-air personality at Sportsnet 960 in Calgary. 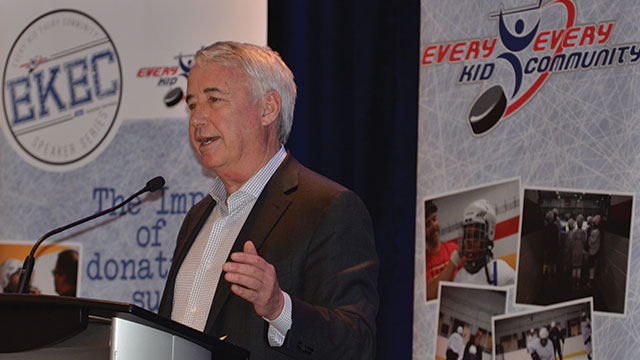